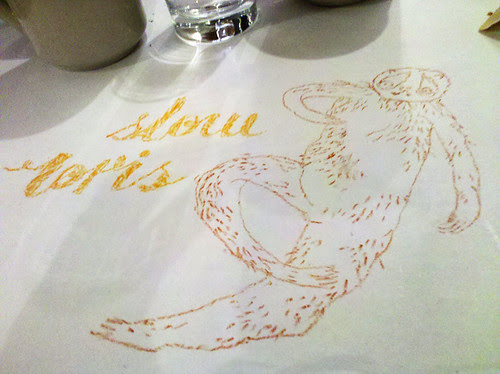 The first drawing I've done in about 2 weeks, didn't really get ot draw at all in Israel.

While I was there, me and my sister were trying to make a sock puppet in the shape of a Slow Loris. It was a really interesting exercise - trying to find the caricaturists of an animal and make it both realistic enough to be recognized and cute enough to look like a toy.

So, sitting there for breakfast I decided to see if I can draw this animal from memory, after already looking at the photo for so long.

Strangely enough - this looks nothing like a Slow Loris, but it looks just like the sock puppet I made which turned out to be a combination between an owl and a cat. 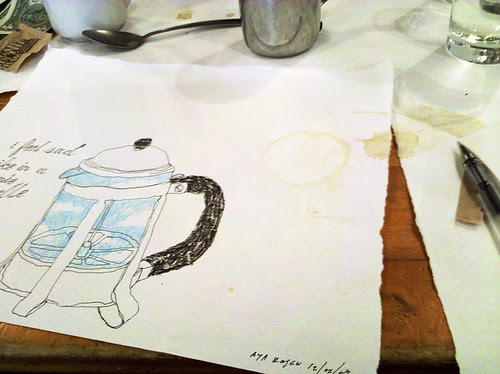 Second drawing I've done since coming back, about 23 hours later, at the same place, I think Egg is the only place that opens before 10:00 around here.

I was feeling so tired and so sad.
Posted by Unknown at 3:58 AM

Very cool, I particularly like the bottom one. I have sketches from some place we go to that uses brown paper on the table--soemtimes grease spattered but fun.