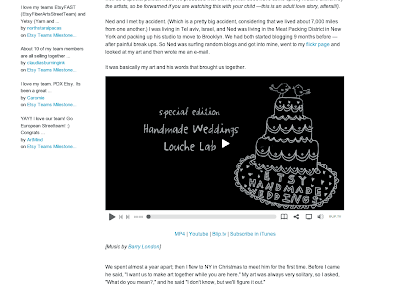 This was such an amazing experience, right before I left for Israel, I got contacted by Etsy's video article expert Tara Young who wanted to do a video article about us. I send her a written story a couple of months before when they asked for stories about handmade weddings. We manage to schedule the shoot a couple of days before my trip and so it was a wonderful surprise to be able to see this movie all edited and made on the day I returned. It's hard for me to not think I look stupid on camera, but I really love the way it came out. with the trip to Israel and all, and this feeling like such an important time in our relationship and life in general, it's really wonderful to have this beautiful overview of the beginning of our love.
Posted by Unknown at 5:42 PM 1 comment:

I'm in Zürich's airport. It's beautiful, it looks like the way airport would look like in movies, rather then the way they actually look in reality. all steal and glass and gray concrete and black leather couches. The large windows are open to a forest and a snowy mountain and a airplanes. I've slept in the plane, though badly, so I'm tired and cranky and feel very exposed in an old dirty sweatshirt and a pair of jeans I've worn basically every day in the past 2 and a half weeks.

It's strange to be here, so far from everything I know. I'm hungry, I think about the last meal I had, Sushi in a cheap tiny restaurant on Ben-Yehuda st. and Ben Gurion ave. Me and my sister laughing at the size of their bathroom and talk, what about really? I can't remember now. Just stuff, and the amount of comfortableness I felt. Like I know everything, like I can't embarrass myself in Tel Aviv, can't do the wrong thing cause I understand the rules and how it works.

I sit on one of those airport cafes, an open space next to those huge windows, around me, two French business man are showing each other funny YouTube clips and laugh, a German blond couple are trying to talk quietly while still keeping an eye on the baby. A bald man browsing a paper notebook while his wife dropping off duty free bags, a Muslim woman with a trolley suitcase and an orange and pink floral headdress is chewing gum while her middle aged husband looks at the menu.

I'm trying to connect to the internet, but fail, I might or might not payed for it, but still I can't seem to be able to log on, I'm too embarrassed to ask anyone, and lifting my head I notice that the other laptop user I saw before already left for his flight. I eat a bad and over priced ham and cheese bagel. The prices on the menu are in Swiss Franks, so I'm not even sure how much it costs, I leave a 20$ bill and get change in strange beautiful coins I've never seen before.

The trip to Israel, now, after a night of very little sleep, feels so far away, and NY feels even farther. Airport always feels as if you spend all your life there, even if it's just for a couple of hours.

Flying is strange, not so much that knowledge that you are sitting in the air in the hight of 1200 feet or so and it's -60 degrees out is the middle of a big heavy metal box - this is just totally imperceivable to me and so I ignore it. It's more the notion of spending some hours in this strange elevator with a bunch of strangers and too much free time with nothing to do in it, and then you come out into a totally different world and a totally different experience. Not to mention time zones.

I was thinking so many thoughts, I was thinking of how incredibly futuristic and yet a reality it is, to sit in an airport and write an e-mail to my husband and send it from the lap top and then, talking to him with a webcam showing him where I am, while about 4 people around me are also sending e-mails and doing the same.

This is my first time of traveling with a computer, it's very cool and very strange.

It's also my first time that I'm going to Israel since I left to live in New York. I'm sitting in a plane with a bunch of Israelis who makes me feel both repulsed by the lack of manners and consideration and very jealous. They are going home, the complain about being in the plane and want to go back to their familiar apartments and homes after a vacation. I, on the other hand, am not, and though I left Israel, I feel rejected, like I was kicked out. Also, I realize. I don't feel 100% "home" anywhere now. I have 2 homes, my homeland and the place I live now and nither Brooklyn or Tel Aviv are my home now.

I think about how when I started using the internet there was a huge significant to homepages - those portals into the world wide web was sometime the entire way people used the internet. reading the news and checking their e-mails and searching all from yahoo.com or aol.com or, in my case, excite.com for some reason. Now I use bookmarks and tags and history and my own memory to wonder around the net, and no longer, there's one site who I do most of my internet connections from.

I think it was Albert Camus that said the 20th century is the century of the immigrant, I wonder what's the 21 - maybe we are all so much immigrants now that the notion of homeland, just like the notion of homepage is obsolete and meaningless now, maybe also, the fact that I can connect from everywhere by carrying this computer around makes where I am less important.
Posted by Unknown at 1:42 AM No comments: 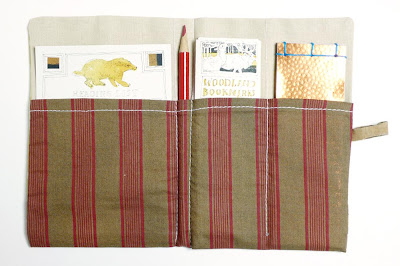 So, I haven't written here in a while and it's mostly because things got so busy and crazy there was just no time for it. I was supposed to make monthly goals and stuff like that and summarize the month, but too many good things happened and now, I'm just finishing everything up.

First piece of good news is that I was selected from all the thousands of Etsy stores to be featured artist in the beginning of last week, I answered the interview's questions feeling really stupid and condescending, but Ned said it was good so I send it. I made 20 sales in 2 days... but even more wonderful was getting an overwhelming amount of e-mails from people who really liked what I said and wanted to say hi and thanks.

Something cool happened a couple of days later, one of Etsy's people contact me about doing a video podcast about me and Ned - and I said yes, I wrote her a long e-mail about a month and a half before when she asked about people who had "handmade weddings" and forgot all about it, she came over and talked to us in front of a camera, we were both feeling goofy, but I think we did pretty good. It was really fun.

The third thing is that I'm flying to Israel tomorrow. I'm excited and scared and sad to be without Ned and also to be a tourist in my homeland. I'm taking the new laptop with me that got the name "dellgato" somehow (well, it's a dell) and I'll be posting from there.
Posted by Unknown at 3:03 AM 1 comment: