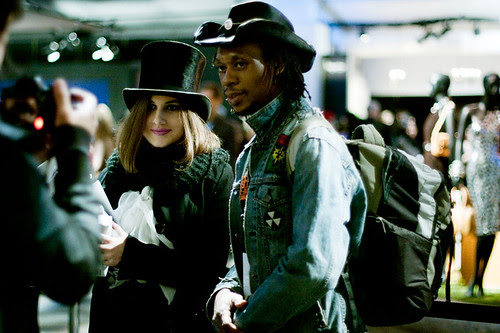 Today we went to Bryant park to shoot backstage at the "twinkle" show. We only had one pass so I had to stay out while Ned went in.

I waited at the "waiting tent" where there was a long line of people waiting to get into the show, a bunch of random people who went inside to see what it was all about, and of course - a million people with cameras, video cameras, microphones and notebooks all covering this event.

Even though there are 4 bouncers in the entry and a big sign saying "no entry without invites" that apply to the event and not to this waiting area, so really anyone who wants to go inside can, I think, however that the 4 bouncers and sign makes it so that people just don't go in. I however did.

It felt very much like the duty free area in an airport - a lot of companies logos, and stuff that looked like stores, but didn't really sell anything, just promoted stuff, people walking around feeling sort of lost and trying to look like they are having a good time, while at the same time look nonchalant about actually having ot wait in line. A bunch of waitresses in company T-shirts walked by with trays of drinks, mineral water is some fancy packaging and some weird looking candy.

I really hated being there, there was something really humiliating in knowing that Ned could go somewhere i couldn't and that I was stuck in this 3D advertising poster for 2 hours. I walked around and around the line that was forming and growing and shot the crowd.

The one really cool thing was that people in the tent knew there were going to be photographers in, and that if they look all beautiful, they might make it into some magazine \ blog \ newspaper. So unlike anywhere else, when they noticed a camera pointing at them, they turned and gave a huge smile instead of turning away like most people do when they notice someone take their photo.

All those logos and posters made me really depressed, I was facing the sad fact that this whole event is not about fashion, but about money and commercializing, about selling stuff, and more then that, about creating that desire to buy stuff in the huge crowd that's not even taking part in this event. It made me want ot erease my memory card and not use any of the photos, because I'm helping promote this shit just by posting them online or using the words "fashion week" to describe them.

Eventually my compromise was to crop out or retouch all the logos out of my photos. I'm not fully happy with that, but I guess I want to show my photos more then doing right as far as ideals goes. 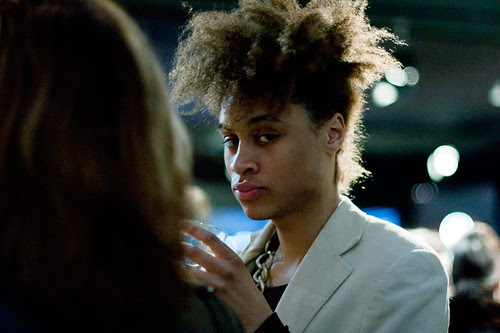 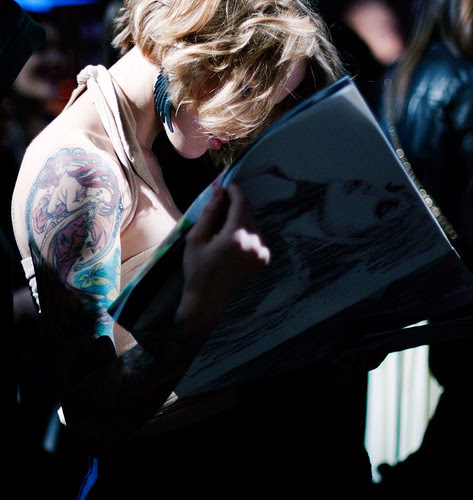 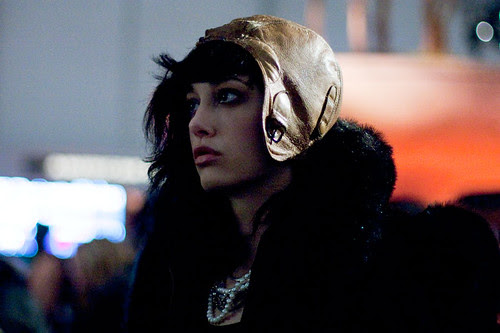