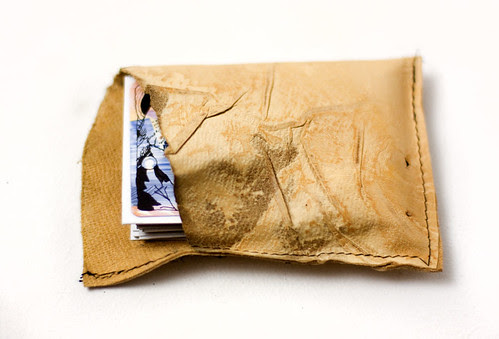 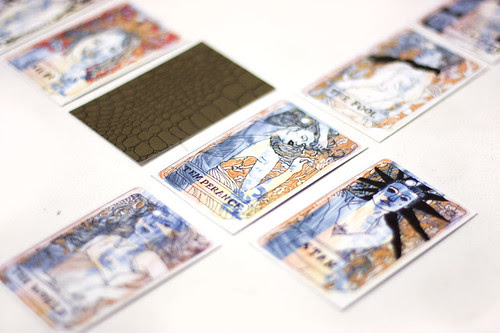 This is a small project that managed to become a rather big project I've been working on over the past couple of weeks. A couple of artists living in my neighborhood is organizing an art show in which all the pieces will be done on MTA metro cards. You can read more about this cool idea here: singlefare.blogspot.com/

So as I was thinking of an idea for this project, I realized that metro cards, aside of being a way to get into the metro, are, indeed, cards - and from there, the path to Tarot cards was really easy...

All the imagery used for this deck was taken from Fashion magazines of May 2010. I wanted to use something just like the metro cards, which is transitory and of the moment. Combining patterns, tarot archetypes and imagery for something that isn't so traditional as classic Tarot and isn't entierly of now.

The Single Fair show is taking place on Saturday, May 8th at 4pm until late. The artists’ studio at 224 Grand will be transformed into the “Single Fare” exhibition space through May 12th. Come over to see the original if you are in the neighborhood! Or you can buy a deck here
Posted by Unknown at 11:18 PM

Aya, Thanks for the post and the hype. One correction... Michael and I are not an artist couple... we are studio mates... not that there is anything wrong with that...

oops, that was supposed to be "a couple of artists..."